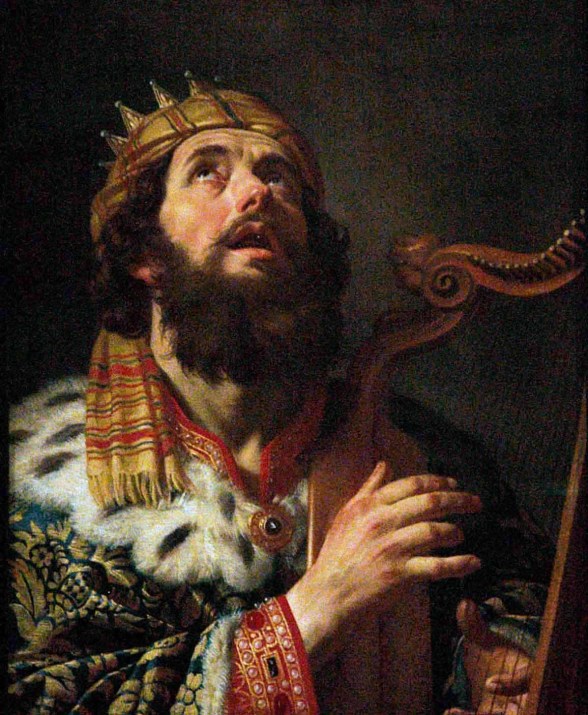 Have you had a bad day, a bad week, a bad month, or even a bad year? Where is God when it seems like the bottom is falling out and sucking you down with it? Psalm 3 gives us powerful insight into how David dealt with such calamity at one of the worst times of his life. Even if our struggles are not as dire or dramatic as David’s we can learn to depend on God as he did. Then we will have rest – physical and spiritual.

At first read, Psalm 3 seems to be an exaggerated, woe-is-me pity party.  Listen to verses 1-2:

O Lord, how many are my foes!
Many are rising against me;
many are saying of my soul,
there is no salvation for him in God.

However, this was literally true for David. The Psalm’s title tells us David’s historical situation. He was on the run from his own son, Absalom, who had initiated civil war in Israel in an attempt to wrest the throne away from his father. Read 2 Samuel  15-17. Absalom had already killed one of his brothers, Amnon, because of the rape of his sister. Then he turned the people’s hearts away from David and toward himself. He then declared himself king and gathered military forces to his cause. David fled Jerusalem with a few faithful warriors. Seizing his advantage, Absalom publicly raped 10 of David’s concubines and set himself as ruler in Jerusalem. Then he sought to kill his own father. So, yeah, David really had many rising up against him, even from his family and supposed friends.

Then, on his way out of town, a member of Saul’s family, Shimei, comes out and curses him. He says that David is getting what he deserves from God. David’s men want to kill Shimei, but David answers,

“It may be that the Lord will look on the wrong done to me, and that the Lord will repay me with good for his cursing today.” So David and his men went on the road, while Shimei went along on the hillside opposite him and cursed as he went and threw stones at him and flung dust. And the king, and all the people who were with him, arrived weary at the Jordan. And there he refreshed himself.  2 Samuel 16:12-14

It is speculation, of course, but I think David’s refreshment is what he reveals in Psalm 3.

But You, O Lord, are a shield about me,
My glory, and the One who lifts my head.
I was crying to the Lord with my voice,
And He answered me from His holy mountain.
I lay down and slept;
I awoke, for the Lord sustains me.
I will not be afraid of ten thousands of people
Who have set themselves against me round about
Psalm 3:3-6

Against the many, David trusts in the One who lifts him from despondency. Though surrounded by enemies, David is safely shielded by the Lord. This is the God who hears and answers! Therefore David can rest, trusting in his sustaining God. Once David has his trust in God restored, he can look confidently to the future:

Arise, O Lord!
Save me, O my God!
For you strike all my enemies on the cheek;
you break the teeth of the wicked.
Salvation belongs to the Lord;
your blessing be on your people!
Psalm 3:7-8

David’s trust in God proves well-founded. Salvation (deliverance) does come from God and not man’s opinion. God defeats Absalom’s forces in battle and Absalom is killed. While David mourns the death of his favored son, he is restored to the kingship for which God had chosen him.

So what about you and me? In the drama and despair of my life, can I sleep unhindered? Do you toss and turn and spend what’s left of your strength on your own plans? Can we trust God to protect and restore us, even if family betrays us? The God David knew is still the same today. You can trust Him and rest. I can trust Him and rest. Will I? Will you? Let Psalm 3 be your cry to God as you end this day.

Did you miss Psalm 2? Safe, Not Shackled